Skip to main content
Log In Register
Riding packless is fashionable but is it a good idea? 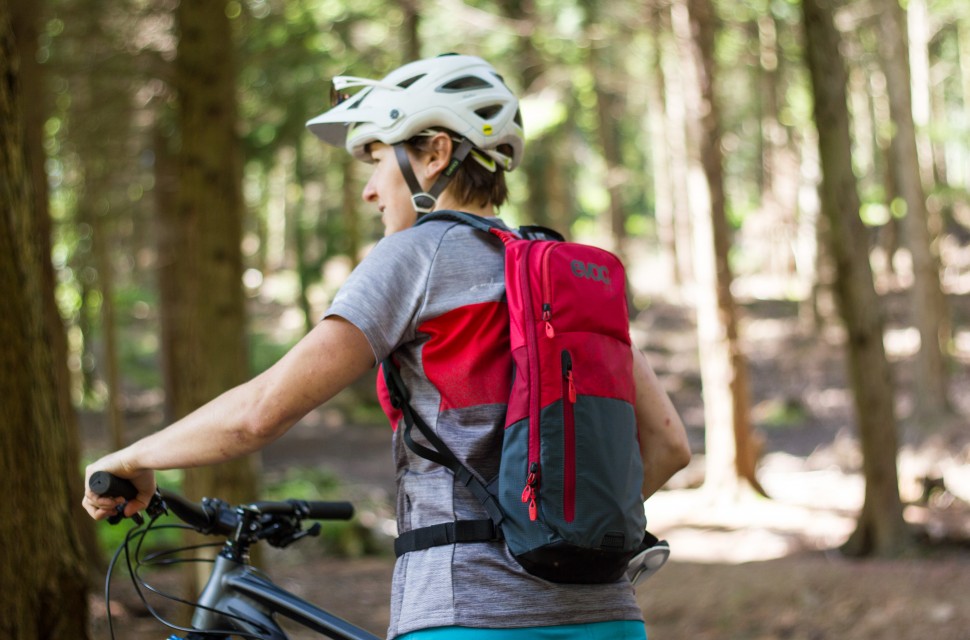 It won’t have escaped your notice that over the past year or so riders are choosing alternatives to the tried and tested hydration pack. There are many options available if you choose to ditch the pack and there are some quite polarising opinions on the pro’s and con’s of these. But that’s not what I’m questioning here, I’m contemplating if it’s safe, is it actually a good idea?  And I’m not just talking about questionable life choices in the fashion department.

Until just recently there have been predominantly two schools of riders, those that ride with a pack and those who don’t. The category into which you fell was largely based on the discipline or sub-category of mountain biking in which you participated. Packless riders seemed contained to two realms, the XC whippet and the downhiller. The former whose rider’s infinite obsession with weight saving meant that anything considered to be other than the bare essentials was left behind, with water seen as a luxury rather than a useful commodity. The latter, being the downhillers were riders that were never more than a stone's throw from the nearest lift or toolbox and always placed with a gravity biased walk to the car park meaning they could ride carefree and uninhibited by clutter. So then there was everybody else, trail riders, enduro’ers, all dayers and every other Tom, Dick and Harry in-between. Those who might find themselves a considerable distance from home, where the walk home post mechanical catastrophe could at the very best involve mild discomfort and a late dinner sitting or at the very worst could result in hyperthermia and an emergency services call. 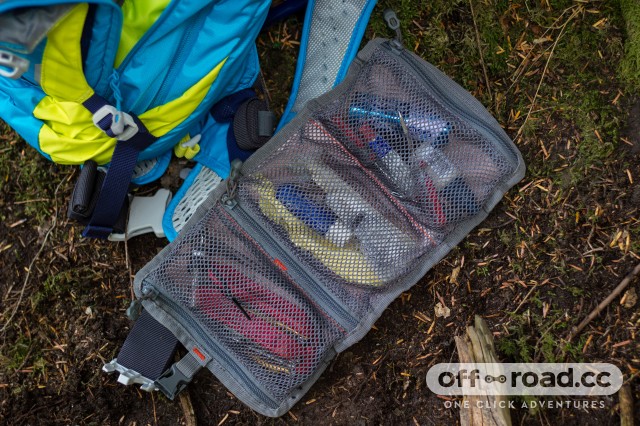 You'll need the thing you don't have

Ok, so I might be catastrophizing a bit (yep, that’s a word) but in a sport which takes us out into the wilds and away from the safety of the conurbation and the general population it seems sensible to take a pack and be prepared no matter what type of bike you might be riding. In terms of tools, having the correct kit in your pack can be the make or break of your ride, be it sessioning trails in the local woods or taking in a 50 mile mission of the surrounding peaks. It’s not right to pack light and rely on friends, you can bet your bottom dollar that the rule of sod will reign supreme and none of your ten friends will be carrying a spare set of your particular brake pads. The offer of a new gear inner is also going to have to be politely (or no so depending on the acquaintance) declined when it emerges from the depths of a mud encrusted trail pack resembling something that might have been pulled up with the Titanic.

A trail pack is there for two things predominantly, one to carry tools and two to carry water. I’m aware that there are plenty of alternative ways to carry both of these things when riding without a pack but there are also pitfalls of each. Tools are pretty spiky little devils, crashing and landing on a pump or a multi tool if it’s stored in one of the ever popular ‘swat vests’ will leave a pretty tattoo next to your spine if not worse. A pack provides a useful barrier to the consequence of being impaled by a T25. Attempting to be conservative on the kit you take with you on the trails will inevitably lead to items being left behind and tears on the trails. With your last canister devoid of CO2  and no hand pump, that flattie will be staying decidedly uninflated. Time to make like a contestant on 'Who Wants to Be a Millionaire' and phone a friend, fingers crossed they pick up.....

The importance of hydration is more scientifically based, water is akin to the life blood of exercise, without it performance will dwindle and eventually at extremes bad things will happen. Roughly speaking a fully grown human is supposed to drink 500-1000ml of water per hour for every hour we are out riding. It doesn’t take a mathematician to work out that your average 750ml bottle isn’t going to cut it in many circumstances. Not drinking the above amount will mean that there will be less water in your blood, the blood will, therefore, thicken with the following results not so nice results; decreased sweat rate, decreased heat dissipation, increased core temperature and decreased digestive function. None of which are conducive to a good performance. Whether you consider ‘performance’ a priority or not, looking after your body during physical exercise is pretty important. Just in terms of recovery, staying hydrated during exercise will help you recover more quickly so you can get back out on the bike again sooner.

So, you are all big boys and girls and able to make your own decisions, we know that peer pressure will come into play, the hot weather we are surprisingly seeing just lately will also feature and not to mention the ‘look’ or trend you wish to follow. But before you head out on the trails next time, pay heed to the factors above and then make that decision: pack or no pack.

Absolutely, lent my pump out three times to two different riders in the group this Sunday. I don't mind at all and wouldn't leave a wounded soldier but should people rely on one 'tortoise' with its house on its back?!

As long as riding mates are self sufficient and don't expect others to lend them stuff because they couldn't "fit it in". Or carry their jacket as they haven't got a pack to put it in.......Just sayin'!

As long as riding mates are self sufficient and don't expect others to lend them stuff because they couldn't "fit it in". Or carry their jacket as they haven't got a pack to put it in.......Just sayin'!