Skip to main content
Log In Register
Blingy bolts, a radar camera and a gravel bike with suspension 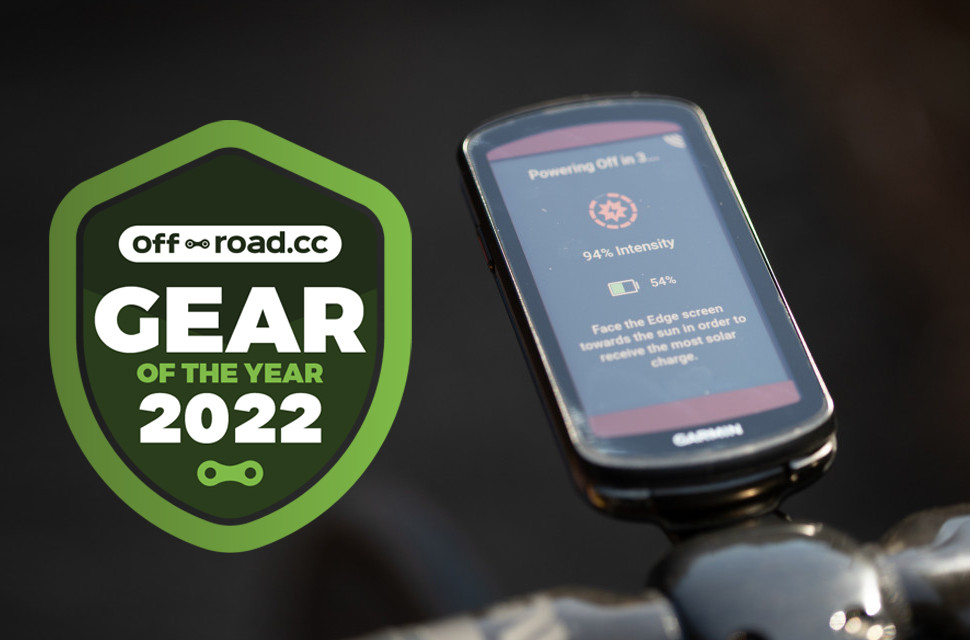 In the past, my gear of the year has encompassed items that span the entire cycling spectrum - road, TT, eSports, gravel and MTB - but things are a little different this year as my focus is now entirely on all things dirt. As a result, I've made an effort to get down and dirty with as much gear testing as possible and feel my selection reflects the type of riding I enjoy as an off-road rider: cross-country mountain biking and gravel riding.

Despite the added responsibility of leading the team as editor, I still managed to prioritise my time on the bike with around 800 hours and 24,100km of riding to date - the goal was 25,000 but I reckon I'll struggle to find 900km in 10 days. I like to use my time to thoroughly test gear - both in everyday riding conditions and race situations and feel this brings a detailed and unique perspective to my writing and product assessments.

And that's what I feel separates us from our rivals. First and foremost, we are cyclists and love to ride our bikes and that can be seen in our collective Gear of the Year feature. Our specialities are spread across the team, too. Liam Mercer's gear of the year echoes his enduro-focused interests. Later this week, you'll read all about Suvi Loponen's gravel riding and bikepacking exploits and everything in between, while Pat Joscelyne's GOTY will no doubt have a cross-country mountain bike and adventure riding flavour to it. For me, it's all about wheels and the feeling of fulfilment it brings - the faster, the better.

It's this sense of diversity that I feel has shaped our product offering as a publication in 2022 and helped make us a destination site for off-road lovers of all abilities. In 2023, we'll continue to refine our content mix, bring you more reviews and news and cover all the latest launches and bike shows across the globe to keep you entertained and up to date with what's hip and happening.

My top picks for 2022 are a spread of items that stood out for me personally. Two of these products were sampled abroad, the Garmin Edge 1040 Solar cycling computer in the Netherlands and the YT Szepter gravel bike in the USA. Other selections include kit I've had for a while - the POC Elicit Clarity sunglasses which I tested as a prototype in 2021 and the finished product in 2022 and Giro's Sector shoes. The balance comprises some bling, a radar camera, a nifty tool and a jacket that will keep me warm over on this year's Festive 500. 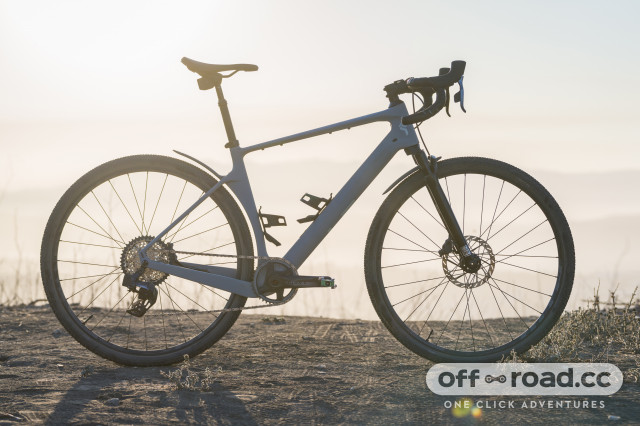 This was a tough one as before sampling the YT Szepter, my view on gravel riding was skewed by the race-focussed examples flooding the best gravel bike market. Lighter is not necessarily faster - particularly in an off-road environment - and the Szepter proves this in spades. Having been invited to test ride the bike in San Clemente, California I was impressed at what the bike was able to dismiss, both in terms of technical singletrack and open-road riding.

Scrutinising the geometry chart revealed a 69-degree head angle and a steep 74.4-degree seat tube angle, numbers that very much make up the aggressive end of the cross country hardtail mountain bike spectrum. Available in two build configurations - the Core 4 and Core 3, the Szepter comes outfitted with a RockShox Rudy fork and an electronic SRAM eTap AXS groupset.

It might not have the same brand cachet as some of its more established rivals but YT doesn’t care about that - the brand has created a gravel bike that stays true to its design doctrine and company values, and I think the brand has a winner here. 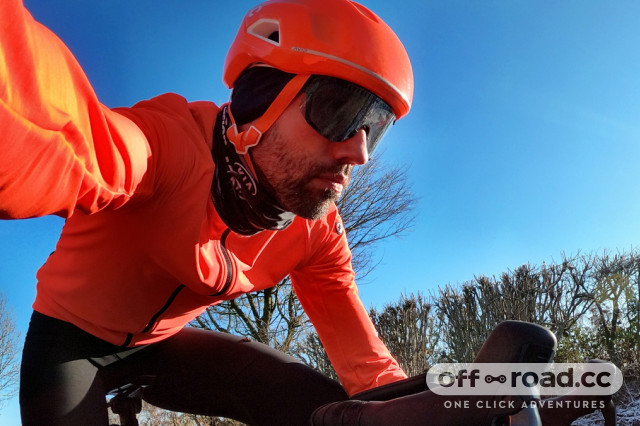 Clothing was never something I took particularly seriously as a South African. I mean, winter temperatures barely dip below 18 Degrees Celcius so when I moved to the UK in 2019, I was shocked to the core on my first ride and literally cried for two hours. Since those early days, I've learned that there's no such thing as bad weather, only bad clothing. As such, when the temperature dips below five, my go-to winter garment is the Assos Mille GT Ultraz Winter Jacket Evo. At £290, it's an appreciably pricey piece of kit but it's an investment and something that has been designed to last for many seasons of use.

It's available in four colours - red, black, yellow and grey - and works best when paired with the matching Ultraz Winter Bib Tights, gloves and booties. I haven't finished my review yet but be sure to check back in the new year as I'll be testing it thoroughly during the Festive 500. 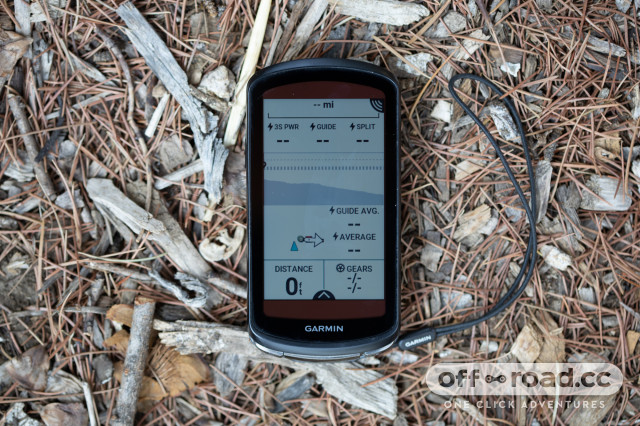 What's the most important attribute when it comes to a cycling computer? For many, it's mapping and navigational ability or performance metric tracking but neither of those means anything without decent battery life.

And that's exactly what makes the Garmin Edge 1040 Solar such an impressive proposition. Utilising solar panels that surround the entire screen, the panels extend battery life by as much as 42 minutes per hour during daytime riding. That boosts battery life by nearly double its predecessor at 45 hours in standard mode and 100 hours in battery saver mode.

Of course, other improvements have been carried out to the Edge 1040, too - this includes USB-C charging, multi-band Global Navigation Satellite Systems (GNSS) technology
and new training metrics such as real-time stamina insights and recommended power targets. 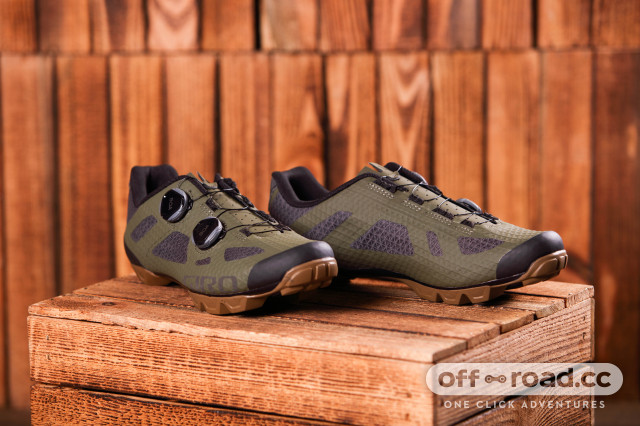 I've been an ardent follower of Giro products for years having sampled most of the brand's shoe stock over both road and mountain bike disciplines. As a result, two of my favourite pairs of shoes stem from the America-based brand's portfolio - the Giro Regime (for road) and Giro Sector (for mountain biking/gravel riding).

The Giro Sectors boast a comfortable fit with good foot security and an impressively stiff carbon sole for out-of-the-saddle efforts. The brace of Boa dials work a treat when it comes to fine-tuning the fit, and the shoe holds up well when it comes to on-trail abuse. The only downside, which is more of a nitpick than anything else, is the triangulated weave Synchwire mesh upper is more suited to summer riding than colder temperatures. 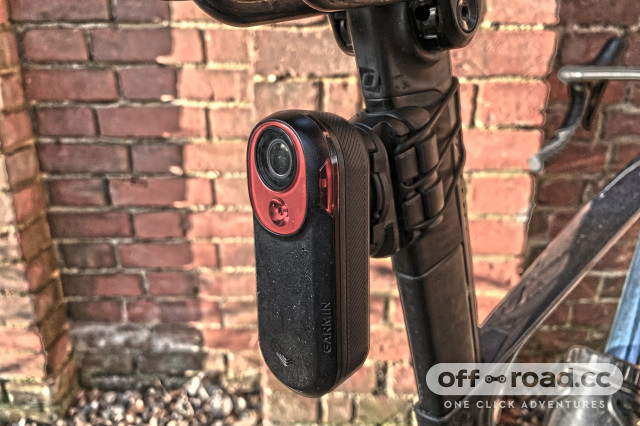 How do you make Garmin's RTL515 Radar tail light better? Simple, add a rear-view camera. The previous generation was a no-brainer for any cyclists who spent time negotiating busy sections of road - both on the commute or stitching in various sections of trail - warning you of any impending road users coming from behind. It worked flawlessly but what if you were to get knocked? Well, it now does everything like before but adds a camera that shoots in 1080p or 720p at 30 frames per second.

It can also shoot stills or record continuously - or, better still, can be programmed to activate via the radar, where it records before, during, and after a potential incident. The device comes with 16GB of storage and can store 90 minutes of footage. The rear light has four modes: solid (20 Lumens), peloton (8 Lumens), night flash (29 Lumens) and day flash (65 Lumens). 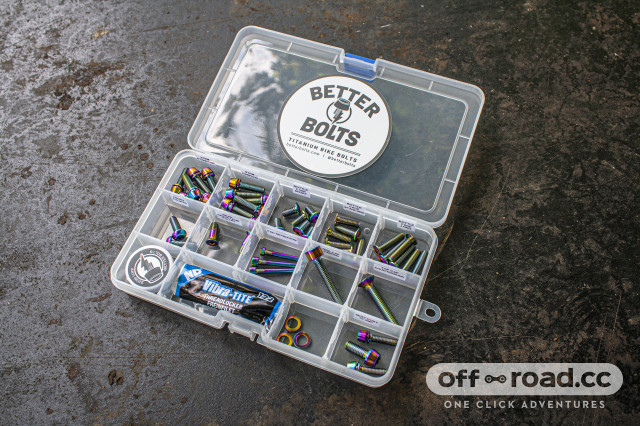 The chaps at Better Bolts have a fine selection of the most bodacious titanium bolts you could imagine - and they come in various kits, sizes and colours. Based in San Clemente, USA, Better Bolts has long been one of our favourite Instagram pages.

The Better Bolts "The Works" Kit pictured here allows you to work directly with the Better Bolts in-house experts to package a bolt selection to best garnish your bike and set-up. If you're unsure of what bolts you require, there is a measuring guide on the site as well as an installation guide - it's very user-friendly and intuitive.

The £244 / $275 pricetag represents a placeholder amount and customers will either be charged extra or refunded depending on the bolts required, each bike build varies so this option makes sense. The bolts in question are made from super-light titanium and can be had in colours ranging from Silver, Black, Rainbow Oil Slick and Gold. We think the Oil Slick hue is pretty badass and optioned our test kit with this colour.

All bolts are warranted to the original owner against manufacturing defects in materials and workmanship for the lifetime of the product. Furthermore, Better Bolts now ships to the UK so there are no excuses for riding a bike with ugly, rusted bolts. 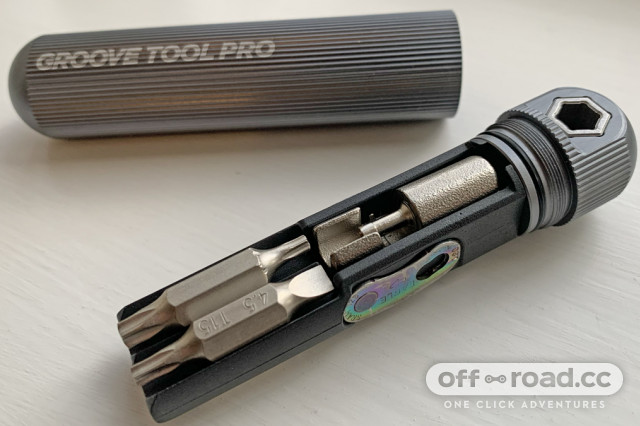 I've always been a fan of Ryder Innovation and no, it has nothing to do with my South African heritage! I've been using its products ever since I first started cycling nine years ago and that started with hydration packs and various on-the-bike storage solutions.

As the company has developed, however, so have its products and storage is still very much part of the picture. Having come away impressed with the Ryder Innovation Slug Plug and Nutcracker tools, the brand's latest offering looks to solve the tool storage conundrum.

The Groove Tool Pro is a slick-looking metallic cylindrical tube that contains all of the basic tools you'll need for tweaking or fixing your bike - both at home or on the trail/road - and its diminutive proportions mean it'll easily fit in your jersey pocket. You get 2, 2.5, 3, 4, 5 and 6mm hex keys, a flat screwdriver, plus T10, T15 and T25 Torx keys and a chain breaker. There's also a provision to store chain links. It weighs just 90g.

These bits can be used by slotting them into one of two location points: one on the end of the outer section (so it works like a screwdriver) and the other on the side of the body of the inner section which works a treat when operating the chain breaker.

The full review is pegged to go live on the website in January 2023. 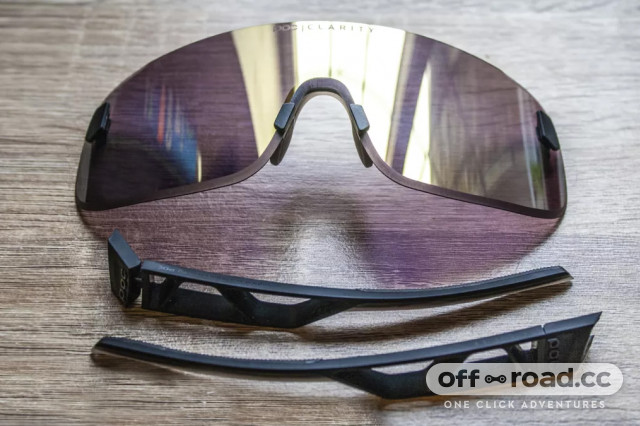 I first caught wind of POC's new sunglasses at last year's Rouleur Live show where Damian Phillips (Head of PR and Communications) gave me a pre-production sample to test. As a stickler for feathery componentry, I was pretty stoked with the 23g weight value, something I later confirmed on my own scale. Despite being sent the finished product a few months later, the pre-production samples performed faultlessly together with the brand's Ventral Lite helmet, the entire system of which weigh 203g.