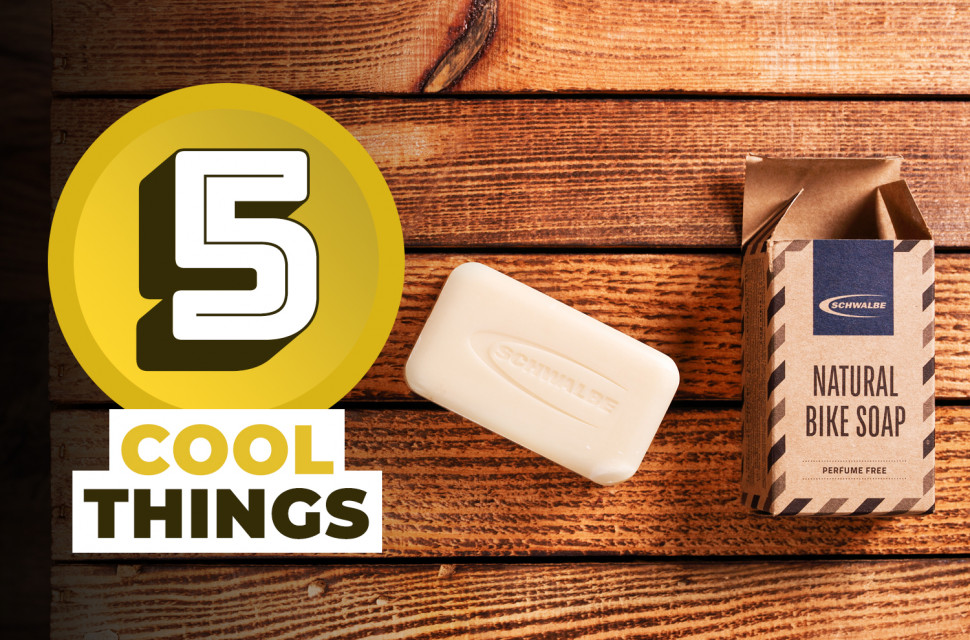 Yes, okay, we took a quick break from five cool things last week but we had a pretty good excuse: we were busy at Eurobike. There were tonnes of cool things on display and you can view all the important bits in our Eurobike 2022 Mega Gallery. Along with that, there were also loads of cool pro bikes and a raft of weird and wonderful kit for the industry's perusal. But this week, we are back and have a spread of new products to show you.

With Eurobike being such an important date in nearly every brand's calendar, there was a host of big releases off its back. The Maxxis Forecaster grew in size and gained a new tread pattern, American Classic launched new MTB tyres and Trek unveiled the all-new Fuel EXe e-MTB just to name a few. It would be rude to ignore Nicolai's mega techy new Nucleon 16 and Shimano's new motor and drivetrains, so be sure to check those out to get clued up on all of the new kit.

If you're coming from a road bike, or simply looking to expand your riding repertoire, you may have found yourself asking, 'Gravel bike vs mountain bike: what are the differences?'. If this sounds like you, fret not as our new article should answer all of those questions. Right, let's get on with it. Here's five cool things. 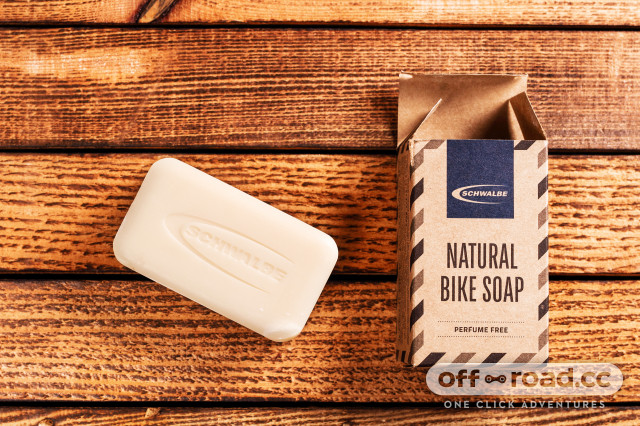 In recent years, Schwalbe has really been pushing for eco-friendliness, launching its inner tube recycling scheme in 2020 and achieving carbon positive certification in April this year. At Eurobike, the tyre brand introduced its Natural Bike Soap which combines environmental capability with cleaning performance. It's also said to last much longer than traditional spray cleaners.

No, you don't go rubbing the bar all over the bike, instead after rinsing your bike off, you lather up your brush, then you get to work before giving your bike a final rinse. Alongside the new soap, Schwalbe now offers a brush and a neat storage tin in a handy starter pack. 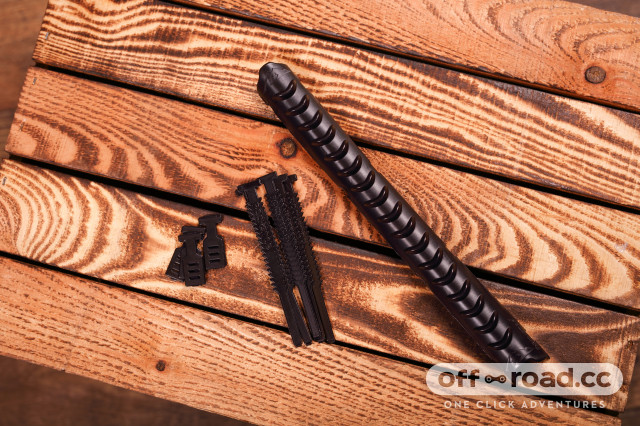 Suitable for e-mountain bikes, regular mountain bikes and gravel bikes with chainstay depths of 25-40mm and widths of 16-22mm, Rockstop's Chainguard is a removable chainstay protector that doesn't use any sticky adhesives. Instead, it's held on with four 'Ziggy Wraps' that are stretchy and won't leave a mark on your bike's paint, says the brand.

As well as some chainstay protection, the crescent-shaped ridges and polyurethane rubber to deaden are designed chain slap. 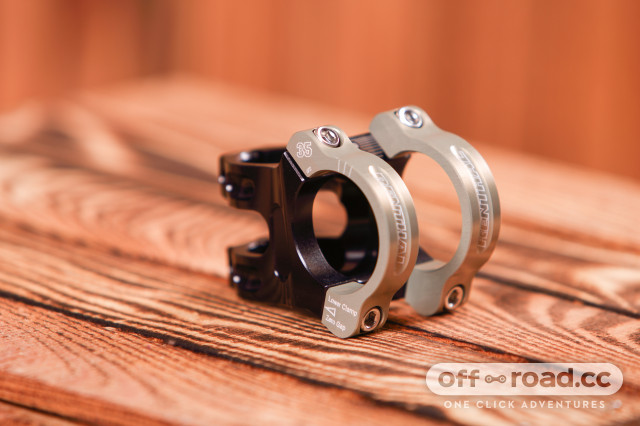 Back in June we showed off the Renthal Fatbar Lite35 that was sent in for testing but along with that, there was Renthal's Apex35 stem. Like the Fatbar, the Apex is a staple bit of mountain bike kit from the famed motorsports brand. With its 240-degree handlebar clamps, the Apex claims to offer all-mountain levels of strength, combined with enduro stiffness and cross country weight.

This stem is fully CNC machined with an oversized centre bore, extensive 3D machining and external webbing to boost its strength, and stiffness and reduce its weight as much as possible. 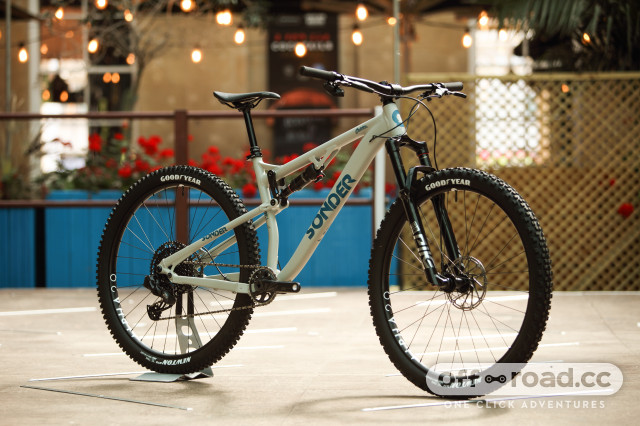 We like a short travel 29er here at off-road.cc and Sonder's Cortex GX Eagle AXS is just that. What's impressive is that it comes with top-of-the-range suspension from RockShox and SRAM's whizzy GX Eagle AXS drivetrain for just south of £4,000. While we've got the Cortex in its top-end build, prices for full bikes start at just £1,650.

With its 66-degree head tube angle, 465mm reach on this large frame and its 74.5-degree seat tube angle, the geometry isn't looking too shabby either, especially for a do-it-all full susser. For more details on this bike, be sure to check out our First Look here. 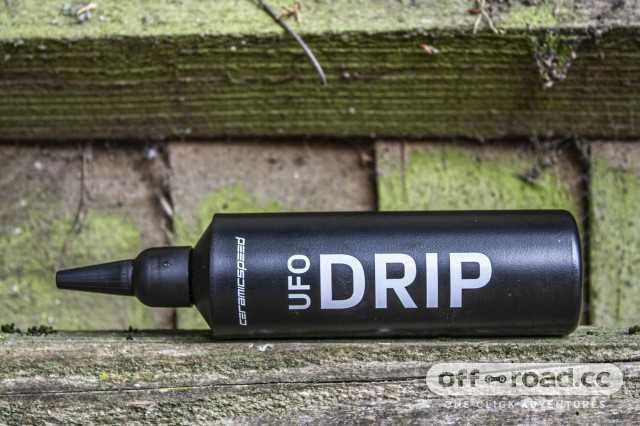 Marginal gains. It's an incredibly difficult concept to quantify but various pro teams of all disciplines swear that by carefully considering all components, you can improve performance based on the fact that everything adds up. Chain lube is one of those considerations and while there's a lot of debate around which recipe is best, CeramicSpeed swears by its UFO Drip chain lube.

The product pictured here represents an all-new recipe and has been designed for all disciplines with each application claimed to last up to 300km. CeramicSpeed also says the new formula is 15% more efficient than before and can now be applied to the chain in a broader temperature spread - between 5-35-degree Celsius. The new and improved formula is also non-toxic and non-flammable - you know - because we cyclists love drinking chain lube and setting things on fire...

The kicker here, however, is the price point which has been slashed to £37 / $45 / €40 per 180ml bottle, which although is nearly 50 per cent cheaper, is still frighteningly expensive for chain lube. We'll be testing it in a variety of settings including gravel and mountain bike sessions and the odd time trial. Yes, on a time trial bike. - Aaron Borrill, Editor